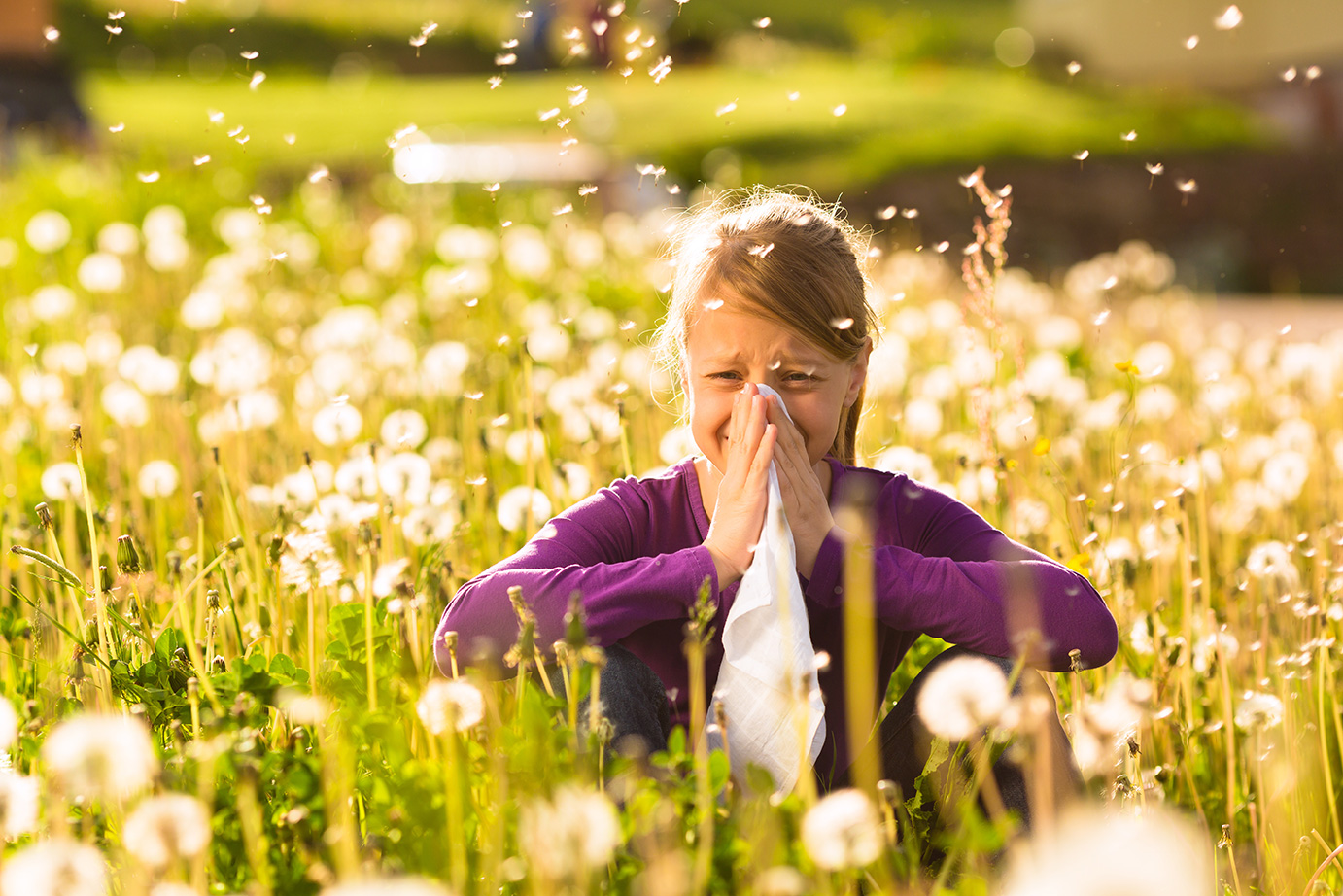 Rhinitis is more commonly referred to as Hay Fever. The name Hay Fever came about because symptoms would strike during hay harvesting season, when these pollens would be in the air. While a hay allergy is possible, usually people with hay fever are allergic to trees, grasses and ragweed – not hay. Hay Fever, has two types: allergic and non-allergic.

Allergic Rhinitis
If you have allergic rhinitis, your immune system mistakenly identifies a typically harmless substance as an intruder. This substance is called an allergen. The immune system responds to the allergen by releasing histamine and chemical mediators that typically cause symptoms in the nose, throat, eyes, ears, skin and roof of the mouth.

Seasonal allergic rhinitis (hay fever) is most often caused by pollen carried in the air during different times of the year in different parts of the country.

Allergic rhinitis can also be triggered by common indoor allergens such as the dried skin flakes, urine and saliva found on pet dander, mold, droppings from dust mites and cockroach particles. This is called perennial allergic rhinitis, as symptoms typically occur year-round.
In addition to allergen triggers, symptoms may also occur from irritants such as smoke and strong odors, or to changes in the temperature and humidity of the air. This happens because allergic rhinitis causes inflammation in the nasal lining, which increases sensitivity to inhalants.

Nonallergic Rhinitis
At least one out of three people with rhinitis symptoms do not have allergies. Nonallergic rhinitis usually afflicts adults and causes year-round symptoms, especially runny nose and nasal congestion. This condition differs from allergic rhinitis because the immune system is not involved.

Some typical symptoms of allergic rhinitis symptoms include itching in the nose, roof of the mouth, throat, eyes, sneezing, stuffy nose, runny nose, tearing eyes, and dark circles under the eyes.

You can expect to see these symptoms in the spring and fall, but sometimes they last all year long.

Thankfully, the physicians at Asthma & Allergy Specialists have specialized training and experience to diagnose specific allergens that trigger your illness, or to determine if your symptoms are non-allergic. Your allergist will take a thorough health history followed by allergy testing.

Once specific allergens are diagnosed, your immunologist will work with you to develop a plan to avoid allergens that trigger your symptoms. For example, if you are allergic to dust mites or indoor mold, you will want to take steps to reduce these allergens in your house as much as possible.

Allergy shots can be used to provide long-term relief for many people suffering from allergic rhinitis.

The treatment options for non-allergic rhinitis include nasal corticosteroids, nasal antihistamines and nasal saline formulations. If there is a lot of runny nose, ipratropium nasal spray can provide relief. If nasal congestion is a major problem, decongestant pills or sprays can be used, but the nasal decongestant sprays should not be used for more than four days unless they are used in conjunction with a nasal corticosteroid spray.

Be proactive. The majority of allergy medications for seasonal allergic rhinitis (hay fever) work best if started before tree pollen is in the air each spring and allergy symptoms develop. If you start taking allergy medications before you first come into contact with spring allergens, the medication can prevent the release of histamine and other chemicals. As a result, allergy symptoms are prevented from developing or are much less severe. In other words, come see us before spring!